All Collections
Amazon
Managing FBA & FBM
How to Merge SKUs

How to Merge SKUs

How and when to merge SKUs

Written by Ziggy
Updated over a week ago

There are two key considerations when SKUs are merged.  First, merging will result in a Surviving SKU which is by default the FBA SKU and is the one Zentail keeps and uses as the identifier on other channels.  Second, going forward you will manage both FBA and MF inventory on the single Surviving SKU.

If this is the first time you're reading about merged SKUs, please first read more about them in Merged SKUs Explained.  There are two ways to merge SKUs.

If there are SKUs on your Amazon account that have the same ASIN and condition, but one is FBA and one is MF then Zentail can automatically identify and merge these SKUs.  In general, these SKU merges are done during onboarding to Zentail by your implementation specialist.

Under rare circumstances (mainly catalog clean up) you may want to merge existing SKUs after you’ve finished onboarding.  It's possible to merge SKUs yourself through the user interface through a simple import.

Step 1: Go to Import > Import Data. Under Select Report Type, click on Onboarding and then click on your Amazon Store to see the available reports. 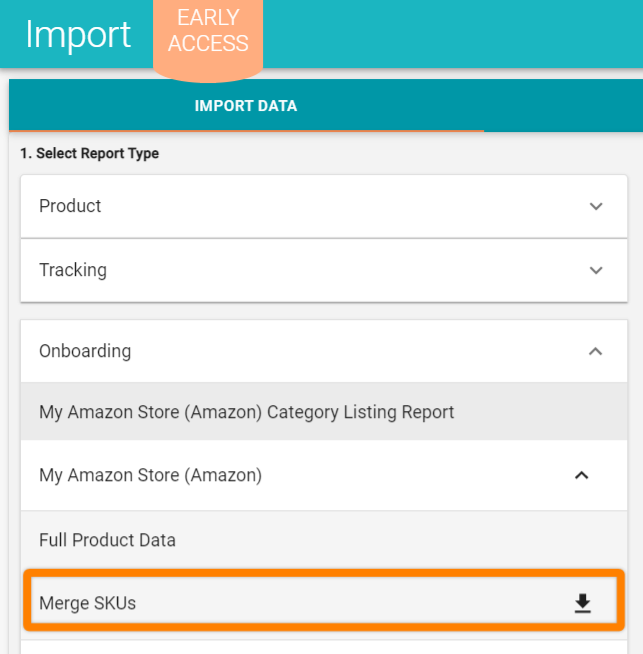 Step 3: Use the downloaded template to set up for a merge. Be sure to save your file as a .csv file. By default the FBA SKU will be the “surviving” SKU.

Step 4: Return to Import > Import Data, and select the Merge SKUs template. Use the Upload File button to select your .csv file for import. If you want to have the MF SKUs be the surviving SKUs instead, check the option to "Keep the MF version of the product" in Advanced Options. Learn more about MF survivor SKUs. 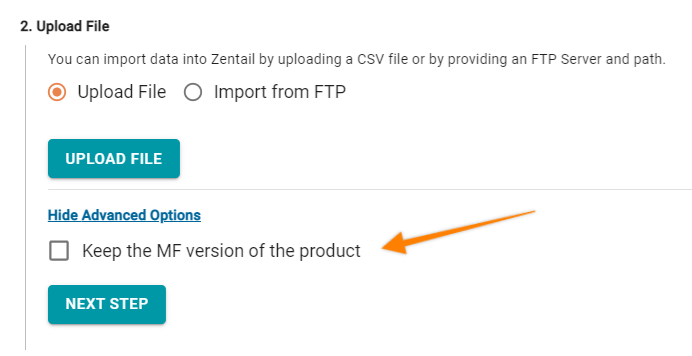 What happens to the data on the SKUs?

Any blanks on the surviving SKU will be filled in from the non-survivor when doing the merge (assuming it's filled in) - including overrides. Similarly, if the survivor is not yet listed to Amazon, it will become listed.

Did this answer your question?